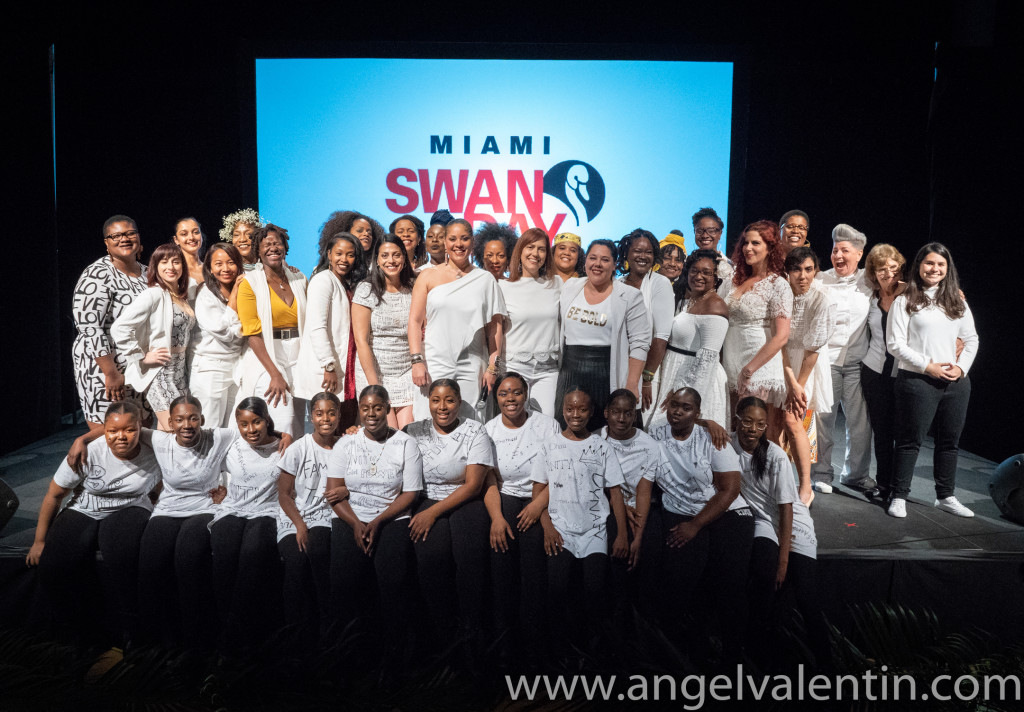 The mission of the Spoken Soul Festival is to spotlight South Florida women artists.

The vision of the Spoken Soul Festival is to make South Florida women artists household names.

Our diverse and multicultural production team of women produces free events and outreach programs in the greater community where the arts are used to collectively and creatively cultivate civic engagement.

We create opportunities to feature a variety of literary, performing, and visual women artists within Miami-Dade County. Artists selected to join our sisterhood of alumnae are commissioned to create new works and provided with free professional development workshops and marketing assistance. 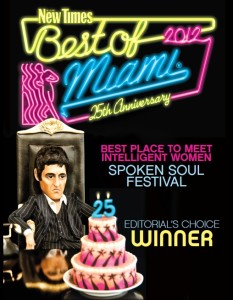 Winner of “Best Place To Meet Intelligent Women” by Miami New Times’ BEST OF MIAMI, Spoken Soul Festival began as an effort to support the first annual SWAN/Support Women Artists Now Day by a group of South Florida’s multicultural women artists and art community leaders. It was inspired by a call for support by WITASWAN (Women in the Audiences Supporting Women Artists Now) and WomenArts, a non-profit arts service organization dedicated to helping women artists. WomenArts has recognized SWAN Day Miami as one of the top five SWAN events worldwide for more than a decade because the festival is one of the largest SWAN events and one of the most effective in training and supporting the participating women artists. Since its launch in March 2008, the festival has been awarded proclamations from the City of Miami Beach, Miami-Dade County and the City of Miami as well as a City of Miami special City Seal. Featured artists have been commissioned or featured for shows during Art Basel – Miami, Gibson Guitar Showroom, New York Fashion Week, Gen Art’s Fresh Faces Miami and on documentary films, various national and international stages, and television shows. 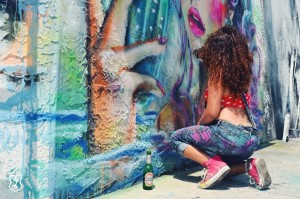 Spoken Soul Community Program gives the production team, sponsors and featured artists an opportunity to give back to our community by showing underserved youth and women empowerment through the arts.

Spoken Soul Showcase is the celebration of SWAN Day Miami. The goal of this artistic showcase is to help transition emerging artists to career artists.

Spoken Soul’s Vanessa Baez Memorial Women’s Brunch is our fundraising event. The brunch fosters a growing sisterhood of creative and inspiring women joined together to network and experience the art form of storytelling by a community leader. 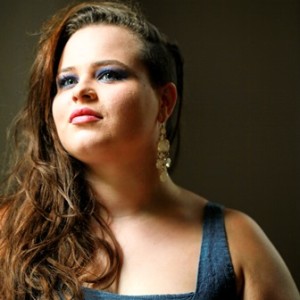 SWAN Day/Support Women Artists Now Day is an international holiday designed to showcase the power and diversity of women’s creativity. There have been over 1900 SWAN Day events in 36 countries in the first twelve years of this new holiday. Visit www.swanday.org for more information.

ABOUT OUR PRESENTING SPONSOR

Set in the heart of downtown Miami and designed by world-renowned architect Cesar Pelli, the Adrienne Arsht Center for the Performing Arts of Miami-Dade Co 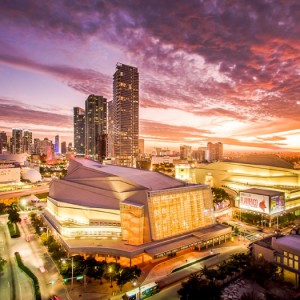 unty is one of the world’s leading performing arts organizations and venues. Since opening in 2006, the Arsht Center, a 501C3 non-profit organization, has emerged as a leader in presenting innovative programming that mirrors South Florida’s diversity as well as a catalyst for billions of dollars in new development in the downtown area. Spotlighting legends and serving as a launchpad for local artists to make their mark on the international stage, the Center presents nearly 400 events each year across its flexible, state-of-the-art performance spaces. The Center programs several Signature Series, including the largest jazz series in South Florida, a major annual Flamenco Festival, and a robust program of new theatrical works as well as free programming for the community and an arts education program that serves nearly 60,000 children each year. As Miami’s new Town Square, the Arsht Center also houses BRAVA by Brad Kilgore, a fine dining restaurant; the Café at Books & Books in the historic Carnival Tower and a weekly Farmers Market.  Visit www.arshtcenter.org for more information.

Since most women artists have limited funds for professional development, traditional marketing techniques and access, and a strong support network is critical to their financial success. For this reason, the Spoken Soul Festival makes every effort to provide networking opportunities, grassroots promotions and professional development opportunities for the artists throughout and after the festival. Our featured artists have successfully reported and demonstrated that these networking opportunities have helped them obtain employment, increase sales, gain opportunities to collaborate with other artists and have led to commissions for new works.

For 13 years the multicultural production team has fluctuated between seven to ten local women artists and community leaders. These dynamic women have volunteered their time to coordinate, produce, direct, curate and support not only Spoken Soul Festival as an entity, but have become mentors to many of the alumnae artists.

OVER 12 ORGANIZATIONS WITH 1000 PARTICIPANTS

These past 13 years our Spoken Soul Community Program (SSCP) has provided fruitful and extensive programming for many of South Florida’s local community partners.

2009 – During ASPIRA Muchacho y Muchachas Conference, more than 200 junior high school girls participated on a Career in the Arts panel and a jewelry making workshop.

2010 – Spoken Soul Festival (SSF)  provided a Career in the Arts workshop for Miami’s Boys & Girls Club at the Haitian Heritage Museum in the Design District. Simultaneously, across the street, SSF featured artist, Bollywood actress and activist filmmaker Somy Ali hosted a private screening of her first film, I Can Survive, which covered the plight of Pakistani rape victim, Mukhtaran Mai. This was followed by a Q&A with film students at the nationally acclaimed art & design high school DASH.

2012 – “A Healing Oasis” was an evening for survivors of domestic violence. The residents of Safespace Foundation (30 women) were treated to yoga class, new yoga mats, healing poetry workshop, beautiful new journals, a gourmet dinner, and an arts and crafts workshop for the residents children (20).

2014 – Wanting to increase our cyber platform, WomanArts gifted SSF with a $1000 grant to build an interactive website. Featured artists, production teams, alumni and artist from around the nation were asked to participate in a 12-hour long online arts activism event. Videos, artwork, poetry, music and blogs were posted with the spirit for proving how the arts can inspire and save lives.

2016 – In partnership with P.A.T.H., the SSF team and featured artists hosted a visual & performing arts workshop for teens. With the goal of launching a long term teen Mentorship Project

2017 – Thanks to the Adrienne Arsht Center for the Performing Arts of Miami Dade, SSF team and featured artists produced and hosted a full day of interactive art activities that explored what Arts=Humanity means. The day featured a 4-hour poetry open mic, a confessional video booth, creation of a Post-It Notes mural, and photo booth fun.

2018 – Thanks to the Adrienne Arsht Center for the Performing Arts of Miami Dade, we were able to fully makeover the women’s lounge at Safespace women’s shelter. For 3 weeks, SSF alumnae Loni Johnson and Michelle Oravitz created a beautiful uplifting Goddess mural. SSF featured artists and production team, cleaned and painted this large space. Books, journals, and magazines were donated from SSF supporters. SSF alumna Nadja donated pillows and furniture accessories. The room was unveiled for the residents with a delicious pasta dinner and music provided by 13-year-old SSF alumna DJ Slaya.

2019 – The SSF conducted creative writing workshops for Coral Gables High School, MAC Wynwood High School, and Miami Norland High School poetry slam team prior to the day of the SWAN Community Program; on which day the SWAN team hosted a cash prize Youth Poetry Slam competition with VIP judges, in conjunction with and held at Miami-Dade Public Library Main Branch. In addition to the Slam, with the purpose to increase library membership and connect young creative writers with local published authors and classic poetry books, there was a mystery poetry scavenger hunt. Those who found the “Golden Poem” won prizes sponsored by PAMM, MOCA, National YoungArts Foundation, and the Arsht Center. This open to the public free event featured SSF alumna DJ Slaya spinning classic hip-hop.

For twelve years Spoken Soul Showcase has provided a much needed FREE platform for women artists and our community to be a part of thought-provoking works, networking opportunities, and a space to have FUN.

In its 13 years, SSF has supported the growth of more than 125 women artists in South Florida, leading to the following accomplishments: 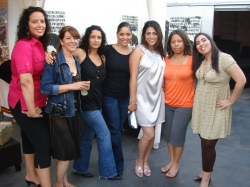