Christell Victoria Roach was born and raised in Miami, Florida. She is an artistic soul that wears many hats, (a renaissance type of girl). She enjoys all the arts, dances in her church, and studies the Viola and Creative Writing in School. Seeing writing as her forte, and her most adequate form of expression: it is the field she is most diligently pursuing in high school, and in hopefully in someone’s university next year. Christell is in the 12th grade at Miami Arts Charter School. She has been published in Figment Literary Magazines’ ‘Why I Write’ Anthology, in Dog Eat Crow Magazine, in Rattle Literary Magazines’ Young Poets Anthology, and in the Postscript Journal. She has received 5 Gold Keys, 5 Silver Keys, and 4 Honorable Mentions for her writing in the Scholastic Alliance for Young Artists and Writers’ state evaluation/competition, has received 3rd place in Poetry Matters’ 2011 poetry competition, and won 1st place in the 2012 Poetry Society of Virginia poetry competition. She has competed on state and national levels for Spoken Word; she is a member of Tigertail Miami International WordSpeak team that performs annually at YouthSpeaks’ Brave New Voices competition, has competed in the Spoken Word Category in the National Fine Arts competition of 2012, was awarded 3rd place in the Poetry Out Loud state recitation competition of 2013, and placed 2nd in the state competition in 2014 . Christell is a creative thinker, a writer, a dancer, and musician: she can very knowingly say writing is her forte. She sees it as her only adequate form of expression, and she harvests in order to give voice to the art within herself. 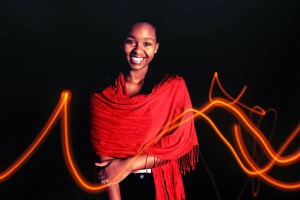 If we could all be so #Brave #Eloquent #Intelligent #Compassionate and #FREE. We all hope that the voices of all of these brave young…