Christi “Bella” Arce Music Video/ Short Film Director was born and raised in the heart of the “Magic City” Miami, something she is extremely proud of. While exploring her visual creativity through dance in her earlier years she naturally gained a love and appreciation for the Arts. After living and studying in New York City she then migrated back to Miami earning her Bachelor’s Degree in Electronic Media at The University Of Miami in 2010. Post-graduation, she reached out to World renowned Music Video/ Film Director Hype Williams,  in which she gained hands on experience within the Entertainment Industry. After three years of working as Mr. Williams Personal Assistant along with being mentored by him, Bella was ready to take the next steps toward her career, tapping into her inner Creator/Director. Forming her Company “La Bella Presents…” she has written and directed a mini television Pilot “Newtopia” along with directing a handful of Music Videos. While Ms. Arce continues to master her craft she aims to use her own life experiences and apply them to her projects, especially to reach other young women like herself in order to comfort there spirits by giving them stories that they can connect to visually. Currently she is writing/developing a scripted TV series “B.E.L.L.A.S.” centered around a sassy group of four child hood friends searching for there individuality in a tainted city that has molded them into the women that they love and hate to be. Bella plans on completing and packaging the project by Fall 2014. labellapresents.com 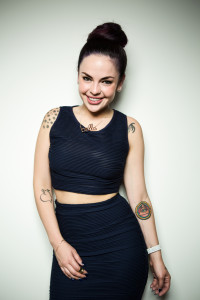