Crystal Sawyer was born and raised in Miami, FL. She was introduced to music with piano lessons in elementary school.  After being accepted into a magnet school, she also became a church musician. While attending high school, she performed in the marching band. Prior to graduation, she received the Silver Knight Nomination in English and Literature. After sustaining a back injury, she was unable to audition for music schools. She was able to begin her studies with an academic scholarship at Florida International University. As she recuperated, she explored the harp at her father’s suggestion. It wasn’t long before she began performing at special events and with orchestras. She graduated with a Bachelor of Science in Elementary Education. She continued her musical studies at Florida Memorial University. She received a graduate degree in

Reading and began teaching harp ensembles. The Lady of Harp freelances throughout the South Florida area for various events. She recently began composing different works for artists (dance/poetry/visual) while continuing to improvise over modern day tracks for recordings and live performances. The release of her debut CD, “The Beginning” featuring original compositions as well as improvisations was released in 2010.The Lady of Harp enjoys uplifting people with the soothing sounds of the instrument and hopes to one day take her musical improvisations to a grander stage on an international level. ladyofharp.com 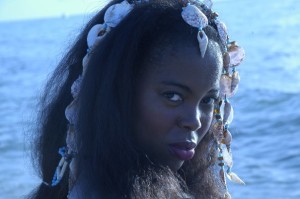