What characterizes this artist is her exquisite and diverse taste in music.  A child pianist, young performer and choreographer, and creative fiend – her talent positioned her as a protagonist of the entertainment scene in the best spots in Miami. As a consequence, she ended up not only dancing, but wanting to make the masses move at her own rhythm. Having had the opportunity to grow up in places such as Saint Martin, Colombia, Paris and Miami; she was able to develop a keen sense for a diversity of sounds and feelings in music. She identifies with Hip Hop, Soul, Electro Bass, Deep / Disco House, among others. She is part of the “Geishaz”, an international community of female DJ’s from around the world. Her career as a Dj includes venues such as being resident at “The Office” lounge, playing at different events during the Winter Music Conference in Miami at the Clevelander Hotel, Nicky Beach and others. Past sponsorships include Adidas and Ortofon. As vice-president of Dopamine Records she traveled Europe (London, Amsterdam, Paris) throughout the years. Her most recent landing was in Chile, where she is now renown as one of the main DJ’s of the local scene. She is a nomad who has no steady home, and she continues to be part of different Live Radio and Television shows in Miami; besides creating and remixing her own music djcamee.com 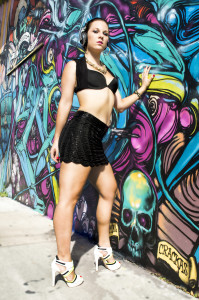 After National Latina Institute  For Reproductive Justice “State of the Latina: Virtual Meeting on April 22, 2021, , they are engaging folks more deeply on…