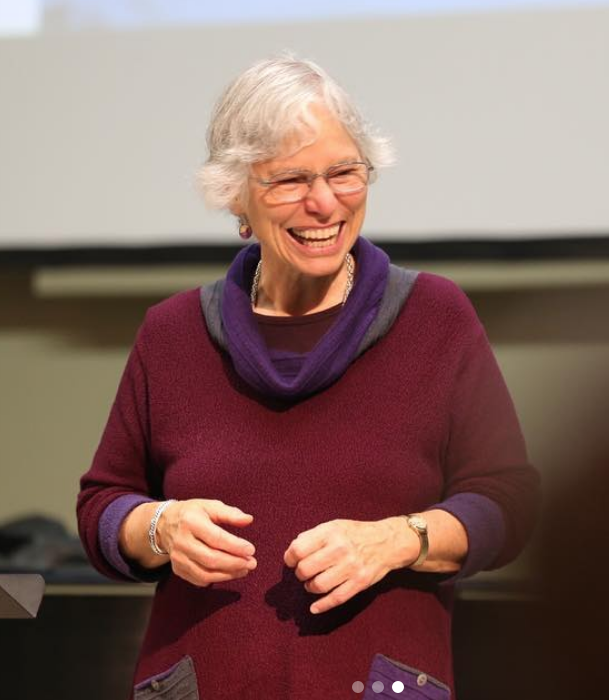 The Women in the Arts & Media Coalition will host a digital presentation of the 2020 VintAge Award, which celebrates the voice and vision of women in the arts and media as they age, on Saturday, November 14 at 3pm EST/12pm PST via Zoom. The 2020 Elsa Rael VintAge Award honoree is Martha Richards, the Founder and President of WomenArts, originally The Fund for Women Artists, an affiliate member organization of the Coalition. The awards ceremony will include speakers who have worked with Ms. Richards, throughout her illustrious career, as well as several musical performances.

Every two to three years, the Women in Arts and Media Coalition hosts VintAge, an event celebrating the voice and vision of women in the arts and media as they age. The Coalition brings together members of our community to recognize and pay tribute to those who have dedicated their time and energy to supporting each other, professionally and personally, through the years, as they continue to produce vibrant and exciting creative work. We also present the Elsa Rael VintAge Award to a woman who has offered significant support to women aging in the arts, as Elsa Rael did through her co-founding of the Coalition and her years of work on the board, as well as her POW (Professional Older Women’s) Theatre Festival at the Public Theatre.

The 2020 Elsa Rael VintAge Award recipient is Martha Richards, the Founder and President of WomenArts. “Martha has dedicated her life to women in the arts at every stage of their career,” says Co-President Yvonne Curry. Adds Co-President Avis Boone, “Her Advocacy is for women around the world, and always with an eye to Diversity and Inclusion.”

The award will be presented by Dame Rosemary Squire, one of the most prominent women in British theatre of the modern era. The business that she co-founded in 1992, Ambassador Theatre Group, went on to become the world’s number one live-theatre company. She is currently co-founder, Joint CEO and Executive Chair of Trafalgar Entertainment, a premium international live entertainment business and home to the newly announced Trafalgar Theatre (set to open Spring 2021), Trafalgar Theatre Productions, Trafalgar Releasing, Stagecoach Performing Arts, London Theatre Direct, Luke Shires Marketing, Jonathan Church Theatre Productions, Chiswick Cinema and More2Screen.

Mama Mia! Stream of consciousness By Rock Wilk privilegethestory.com How do I let you know what Mia Roman means to me, and to the…