Sofia Bodniza, born and raised in Miami, is a young and rising Actress & Comedian who began just a few months ago. Always seeking the humor out in every situation, she finally found the courage to perform her work in front of audiences ranging from South Florida to New York City. In only a few months, she’s competed in contests such as “Florida’s Funniest Comedian” at the Ft.Lauderdale Improv and a “Turkey Contest” which was a Thanksgiving event raffling off a turkey. Whether winning a title or a turkey, Sofia gives her all and connects with the audience in a way that will make you want to listen all night. Because of her age and her gender, many initially doubted her – but between her quick wit and stage presence, the doubt quickly turned into laughter and respect. She deems her spirituality is what keeps her centered and able to let go of any fear that arises before performing. She has strong faith that her hard work will bring her to places unimaginable and in doing so, she continues to provide “medicine” in the form of laughter to many. Stand-up comedy is indeed the most difficult of arts to perform – and she’s got “it”. facebook.com/sofia.bodniza.7 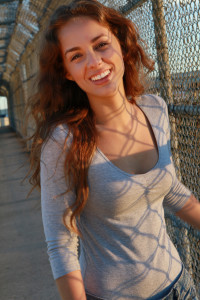 “A story untold. Ronavia Williams is a confident, strong-willed and a God-fearing woman. Although this is not something that has always been easy for…