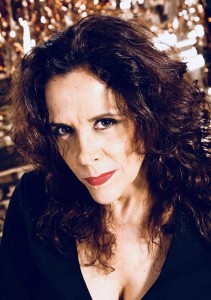 MADELIN MARCHANT is excited to be a part of the Spoken Soul Festival 2020. She has been the Theatre Arts Director at South Miami Middle School, an arts magnet school, since 2000, mentoring young thespians to follow their passion. She is also the chair for the Junior Thespian District 4 Festival since 2010, overseeing the middle school theater competition for public, private and charter schools in Dade County since 2010.

She is an accomplished actress of stage, film, commercials, and television working continuously in several projects at a time. She serves on the Board for The South Florida Theatre League, the Junior Thespians State Festival, and is the Leadership Council Member for The Humanity Project, focusing Equality through Education. Her biggest Productions to date? Her two daughters.