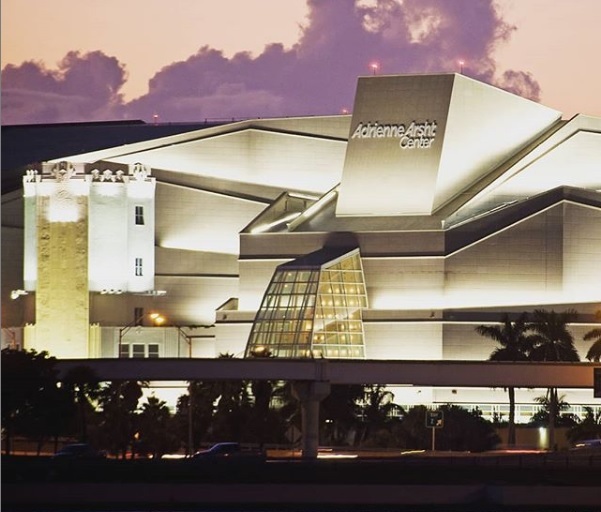 We started planning the 2020 Spoken Soul Festival over a year ago. Our first step was to pick a theme. With the centennial anniversary of the 19th Amendment approaching, giving women the right to vote 100 years ago, that part was clear. We even decided early on that we would increase the number of events we would produce and link them all directly to the theme for the first time. We declared the year ahead would be unique and historic. We had no idea just how much.

In years past, we were known as a three-day festival consisting of a community program, showcase, and a fundraiser women’s brunch. For 2020, we had planned to add three additional elements: an opening event including a panel of women speakers, a weeks-long nationally touring exhibit of historic work, and a closing event with a presentation on the history of women artists in Florida.

We were particularly excited about the exhibit, “A Woman Speaking to Women: The Political Art of Nina Allender.” Veronica Barrios-Garcia, our executive producer, presented the ambitious idea of this exhibition as a perfect complement to the theme Celebrating the Women’s Right to Vote. We understood that this addition to the festival was a new level of responsibility for our small team. We had to secure insurance and other funding, handle the shipping and delivery, secure an experienced curator, etc. We were so fortunate to sign on Rosie Gordon-Wallace, founder of the Diaspora Vibe Cultural Arts Incubator, as our professional curator and co-presenting sponsor to navigate us through process.

Despite all the opportunities and obstacles tackled over many Zoom meetings, we were so proud and excited to unpack and unveil the exhibit. Neither one of these happened. Instead, Covid-19 did.

Like most festivals and even smaller events across not only our county and state but the entire world, everything came to a stop in mid-March. It was just a week before our opening, days before our first glimpse at the artwork of Nina Allender, the “official cartoonist” for the National Woman’s Party‘s publications a century ago. We were terribly sad that we had to postpone the festival. Yet, after weeks turned into months, we were devastated to have to return the exhibit earlier this summer without even unsealing the boxes. Our founder, Deborah Magdalena, watched helplessly as they were wrapped and mounted back onto a refrigerated trailer to travel on to its home in our nation’s capital at the National Women’s Party Museum. 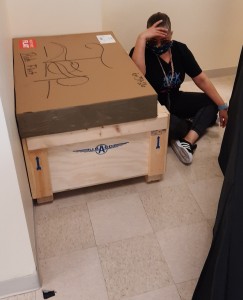 Despite this emotional setback, we decided to embrace a new opportunity. Following several more Zoom meetings and uncorked wine bottles, we elected to reschedule our planned SHE VOTES Panel to take place on Women’s Equality Day. This panel sets out to challenge the narrative of the commemoration of the 19th Amendment and the role Florida played in the suffrage movement. In collaboration with the Adrienne Arsht Center for the Performing Arts of Miami-Dade County, it will take place live online at 12 noon on Wednesday, August 26th. As planned, it will be moderated by Monica Skoko Rodriguez, President of the League of Women Voters Miami-Dade, and featuring several prominent women from our community including: Judge Angelica D. Zayas, Barbara Kubilus, Barbara Overton, Marisol Zenteno, and Quayneshia Smith.

As this day quickly approaches, we invite you to attend and help us celebrate not only the 100th anniversary of the 19th Amendment but also our first exclusively virtual event. We welcome you to join us as we give praise, persevere, and proceed with the festival this year. Finally, we encourage you to stay tuned for more updates on our plans to also complete our mission to spotlight South Florida women artists during our annual showcase, which will take place virtually in early October. Like the women of the suffrage movement proclaimed, we Shall Not Be Denied.

“A Woman Speaking to Women: The Political Art of Nina Allender.”

Nova Quartz, formerly known as Carat Cake, is a singer/songwriter, guitarist, and self-taught producer born and raised in Miami, Florida. Being active in the…