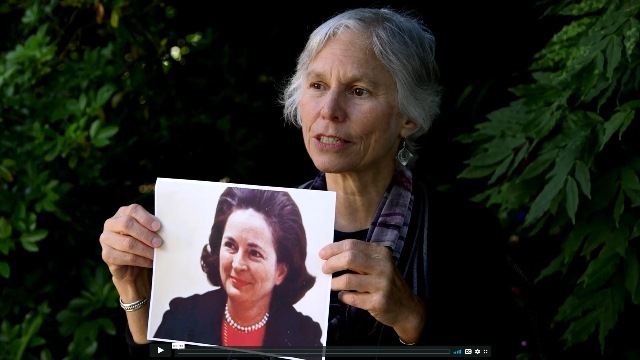 WomenArts Executive Director Martha Richards is featured in a new video by Look What She Did, a non-profit organization which is dedicated to “re-writing history one woman at a time” by producing short video interviews about women’s accomplishments.

Look What She Did is the creation of Julie Hébert, an award-winning writer and director for film, theater, and television. Hébert asked Richards to speak about a woman who had inspired her, and Richards picked Nancy Hanks, the legendary arts administrator who was the first woman to run the National Endowment for the Arts.  Hanks served from 1969-1977 under the administrations of President Nixon and President Ford.

Hanks was on a mission to make sure that every American had access to the arts, and she was exceptionally skilled at lobbying members of Congress. By the end of her tenure, the budget of the National Endowment for the Arts was 14 times bigger than when she started.  She set policies and practices that are still in place, and she permanently changed the landscape of the arts in America.

You can watch the 3 1/2 minute interview with Martha Richards below, and you can watch many other videos about inspiring women at Look What She Did.