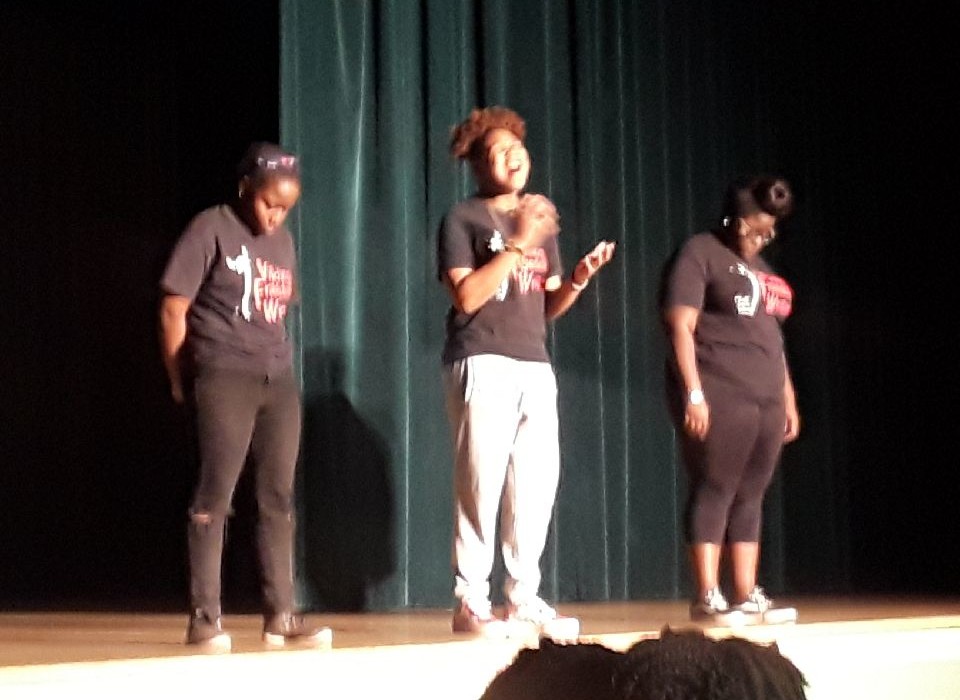 The Viking Freedom Writers Creative Writing Club and the Florida Freedom Writers Foundation began in the classroom of Ms. Precious Symonette where she inspired her students to use their voices to make a change in their community. During class and after school, students learn and practice writing different types of literary genres. The mission of the Viking Freedom Writers is to give a voice to the voiceless. They aspire to combat societal illnesses by “writing” them to death throughout the city of Miami Gardens and throughout the world. With each of their performances, they have done just that. Some of the noble causes that these students have performed and conducted writing workshops for are One Billion Rising-Human Trafficking Rally, Powerhouse Domestic Violence Rally, Relay for Life, Juvenile Justice Center, Teen Life Maze, Lotus House and the United States Attorney’s Office. In addition, this award-winning group are the reigning state champions of the Louder Than a Bomb competition, The Dranoff 2 Piano Slam Competition, Young Arts, Young Talent Big Dreams, and the Theodore Gibson Oratorical competition. What is even more inspiring is that this group has been awarded and recognized by the city of Miami Gardens, Greater Miami, and the Miami-Dade County School Board.

Here is just a sample a solo poets – we cant wait to see them as team poets!