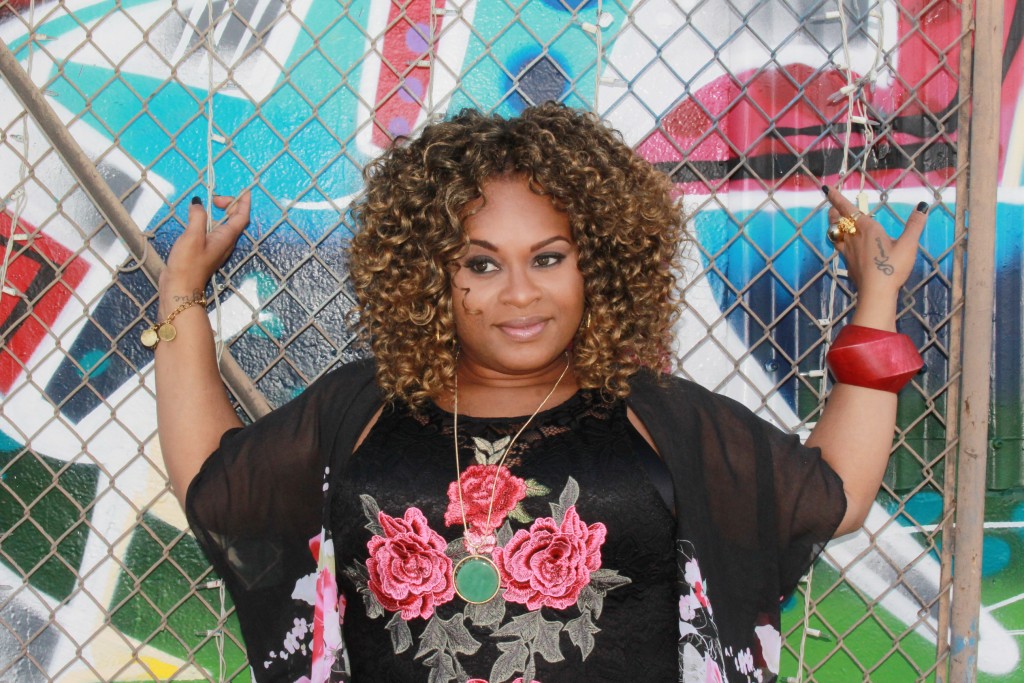 Elaina Whorley AKA (ELAINATHEPOET) originally from Ft. Lauderdale, Florida is a 39yr old wife and mother of a 6-year-old Goddess named Eyanah. Elaina started performing Poetry in 2006 locally at an open mic called Voices and Vybez hosted by the Legendary Terri Meridith “the illustrator”. Currently, she performs as an Elite poet here in South Florida. She has performed amongst the most renowned. An active performer at various churches, conferences, schools throughout Broward, Dade, and Palm Beach County. She is personally selected by a number of individuals for occasions such as funerals, weddings, birthdays, and retirement parties.

She also has performed at homeless shelters such as Lotus House and Camelia’s House located in Miami, Florida. She voluntarily taught a poetry workshop for troubled male youth at Broward Youth Treatment Center located in Pembroke Pines, Florida. She is an advocate for the youth, and women.
Elaina is an Actress. In February 2017 She was a leading actress in the stage play, “Church Women” written and directed by Sonya Welch of South Florida’s W Theater. Elaina also shared a leading role in the stage play “Everything that Glitters ” written and directed by Eccentric of Eccentric Displays in Pompano Beach, Florida.
Elaina is a plus-size model who has worked with local plus size designer Christine Dionne.  She won the “This Girl Means Business Award” in 2017 and the “Woman on the Move Award” in 2018.  Elaina released her first spoken word album titled “PURPOSE” September 16, 2016, at the Hollywood Hard Rock Piano Bar and she released her 2nd poetry album Titled “#CLEARVOLUME” on August 15, 2019.
Instagram – @ElainathePoet
Facebook – Elaina Spoken Word Poet
YouTube – Elaina the Poet

ARTiculation – An Evening of Spoken Word

“From the page to the stage, Miami’s top spoken word artists unite in a super session of beats and rhymes celebrating National Poetry Month….