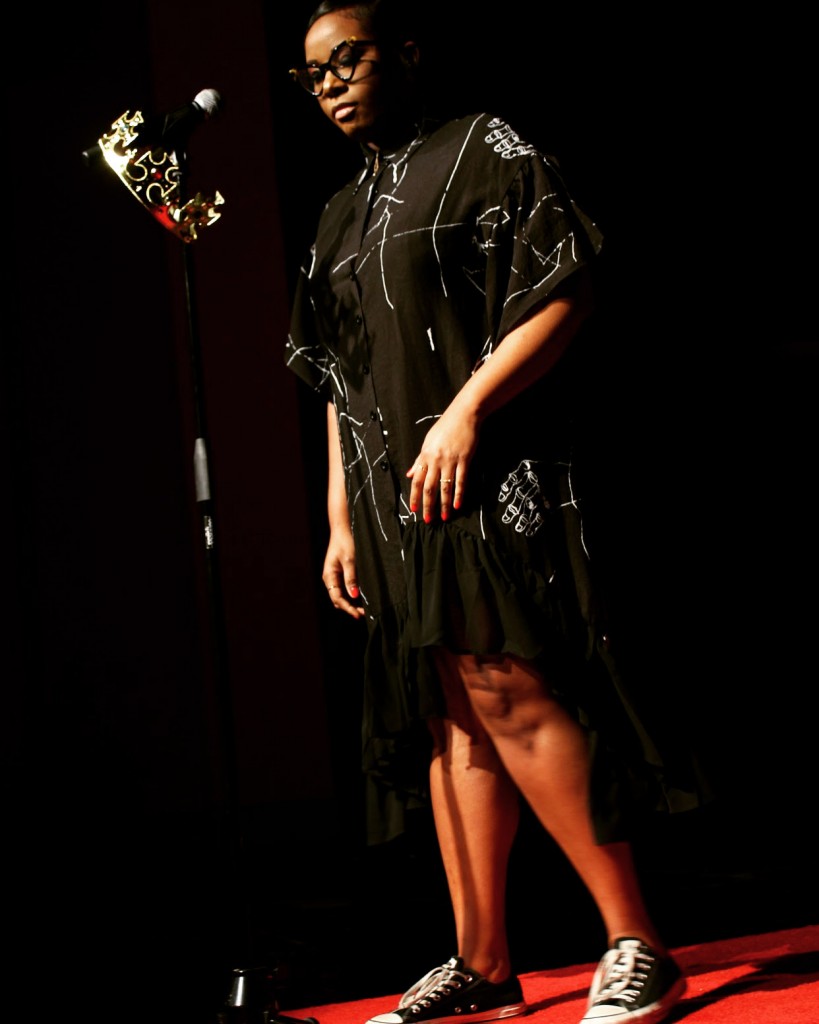 By way of The Literary Cafe and Poetry Lounge, Talia cut her teeth on poetry, professionally, in North Miami, Florida. Under the tutelage of HBO Def Poet & Poet Laureate Will Da Real One (Will Bell) & company, she’s been blazing as a writer & poet since 2008. Talia has participated in the Women of the World Poetry Slam, featured at poetry venues across the country, Miami-Dade College 2018 Commencement, opening & closing for musical acts such as Malcolm Jamal Warner and Lalah Hathaway, a 2018 tour with The Punany Poets as a co-writer & actress in the ‘School of Seduction’ show which garnered an encore performance at The Funny Bone Comedy Club with performances in Virginia Beach/Greenhouse Theater – Chicago/Atlanta and sold out shows in New York + Philadelphia, the annual Guerilla Spit Presents showcase, Poetry Corner – Honolulu, and most recently Queens of Poetry Miami at The Historic Lyric Theater.

Talia is a Clinical Art Therapist and multidisciplinary artist in the visual arts with an upcoming solo show at Red Dog Gallery, author of a collection of poems + short stories called “Unicorn Tears, Penis Envy, & Other Fascinating Sh^t”, and owner of Guerilla Spit Literary House. Talia is a native of Winston Salem, NC and has been a creative mind since childhood. Inspired by local literary icon, Maya Angelou, and a poetic character from a favorite childhood movie, the comedy-thriller “So I Married An Axe Murderer” starring Mike Meyers, Talia has created her own style within the literary arts. She’s a southern belle, dipped in Miami hustle, with a sprinkle of 1950’s beatnik influence.